On 5 November, Prof. Yu HAN from King Abdullah University of Science and Technology (KAUST), was invited to give a talk entitled “Luminescent materials” at IAPME Seminar.
High-resolution imaging of electron beam-sensitive crystalline materials, such as zeolites and metal-organic frameworks, is one of the most difficult applications of transmission electron microscopy (TEM). The challenges are manifold, including the acquisition of images with an extremely low beam dose, the time-constrained search for crystal zone axes, the precise alignment of successive images, and the accurate determination of the defocus value. At the seminar, Prof. HAN reported that using a direct-detection electron-counting camera, it is possible to acquire useful high-resolution TEM images with electron dose as low as a few electrons per square angstrom to ensure that the intact structure was captured before damage occurred. Prof. Han reported a suite of new methods that they recently developed to address the rest challenges mentioned above. Their methods advance the HRTEM of extremely beam-sensitive materials from “occasionally possible” to “routine”. They demonstrate the effectiveness of their methodology by capturing atomic-resolution TEM images of several metal organic frameworks (MOFs) that are generally recognized as highly sensitive to electron beams.
Prof. HAN is a materials chemist and his research is focused on nanoporous and nanostructured materials, including ordered mesoporous materials, hierarchically structured zeolites, porous organic polymers, porous carbons, and metallic plasmonic nanocrystals. His ability to precisely control the structure and morphology of these materials promoted his great success in developing novel applications for them in gas adsorption/separation, heterogeneous catalysis, and nanophotonics. Prof. HAN also has expertise in electron microscopy and electron tomography, using which he has successfully solved or identified some complex nanostructures. Dr. Han has published > 180 research articles in prestigious journals including Science, Nature, Nature Materials, Nature Chemistry, Nature Nanotechnology, Nature Catalysis, Nature Communications, JACS, and these papers have been cited over 17,000 times with h-index of 64. His achievements have garnered international recognition. In 2004, he was named as a TR100 Young Innovator by the Massachusetts Institute of Technology’s magazine of innovation, Technology Review. In 2006, he was awarded the Young Scientist Award by the Singapore National Academy of Science. In 2016, he got the Cheung Kong Scholar award, the highest academic award issued to an individual in higher education by the Ministry of Education of the People’s Republic of China. 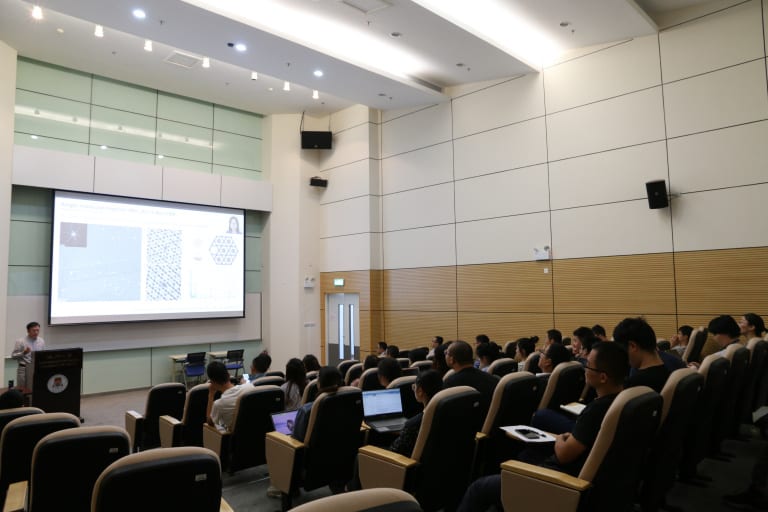