Researchers at the Institute of Applied Physics and Materials Engineering of the University of Macau (UM), the Hong Kong Polytechnic University, and King Abdullah University of Science and Technology (KAUST) have, for the first time, realised the regulation of the cooling rate of hot carriers in the CsPbI2Br perovskite films through the strategy of Zn ion doping, which can further improve the light-to-electricity conversion efficiency of the perovskite solar cells. The study has been published in the international journal Angewandte Chemie International Edition, which is a Nature Index journal.

High-quality life in modern society is dependent on the consumption of huge amounts of fossil fuel energy. However, due to limited fossil fuel reserves on earth, the depletion of fossil fuel has become a major concern worldwide. Therefore, the development of high-efficiency renewable energy has emerged as a hot research topic.

Solar cells, also known as ‘solar chips’ or ‘photovoltaic cells’, are photoelectric semiconductor sheets that use sunlight to directly generate electricity. In physics, this is called photovoltaic. Due to the huge amount of solar power that can be developed, it is generally considered as the most likely technology to solve energy crisis in the future. The theoretical limit of photon conversion efficiency (PCE) in traditional single-junction silicon solar cells is ~33.7% (ie Shockley-Queisser Limit), and the energy loss caused by hot carrier relaxation reaches ~33%, while the energy loss in perovskite solar cells is up to ~25%. During the hot carrier relaxation/cooling process in semiconductors, their kinetic energy is usually converted into lattice thermal energy in the form of phonon emission, which leads to the energy loss of light. Therefore, the successful development of a light-absorbing layer with long hot carrier lifetime under sunlight illumination level can facilitate the development of higher-efficiency hot carrier solar cells. It is currently one of the most cutting-edge area in research on carrier dynamics and photovoltaic conversion.

With the help of non-adiabatic molecular dynamics calculations, the slow hot carrier relaxation observed in zinc-doped perovskites can be attributed to the reduction of non-adiabatic coupling between the conduction bands and the additional introduction of zinc dopants, which will delay the relaxation process of photo-generated heat carriers. 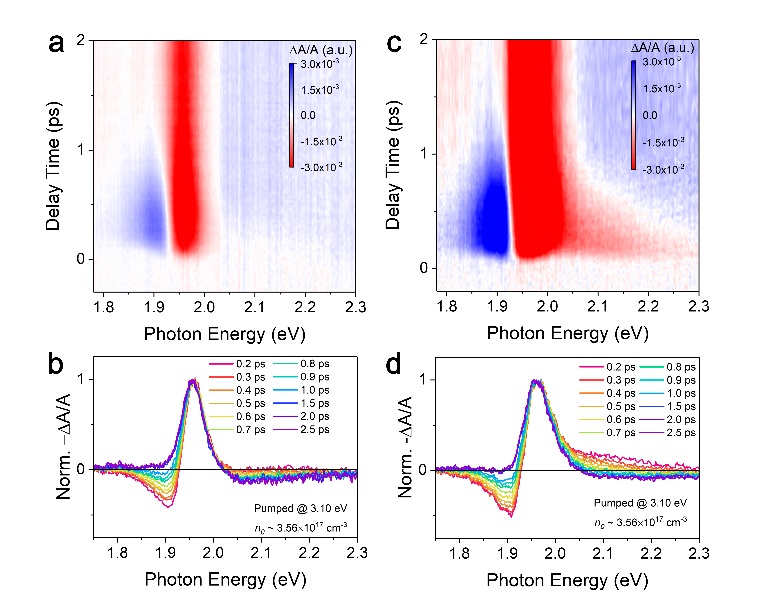 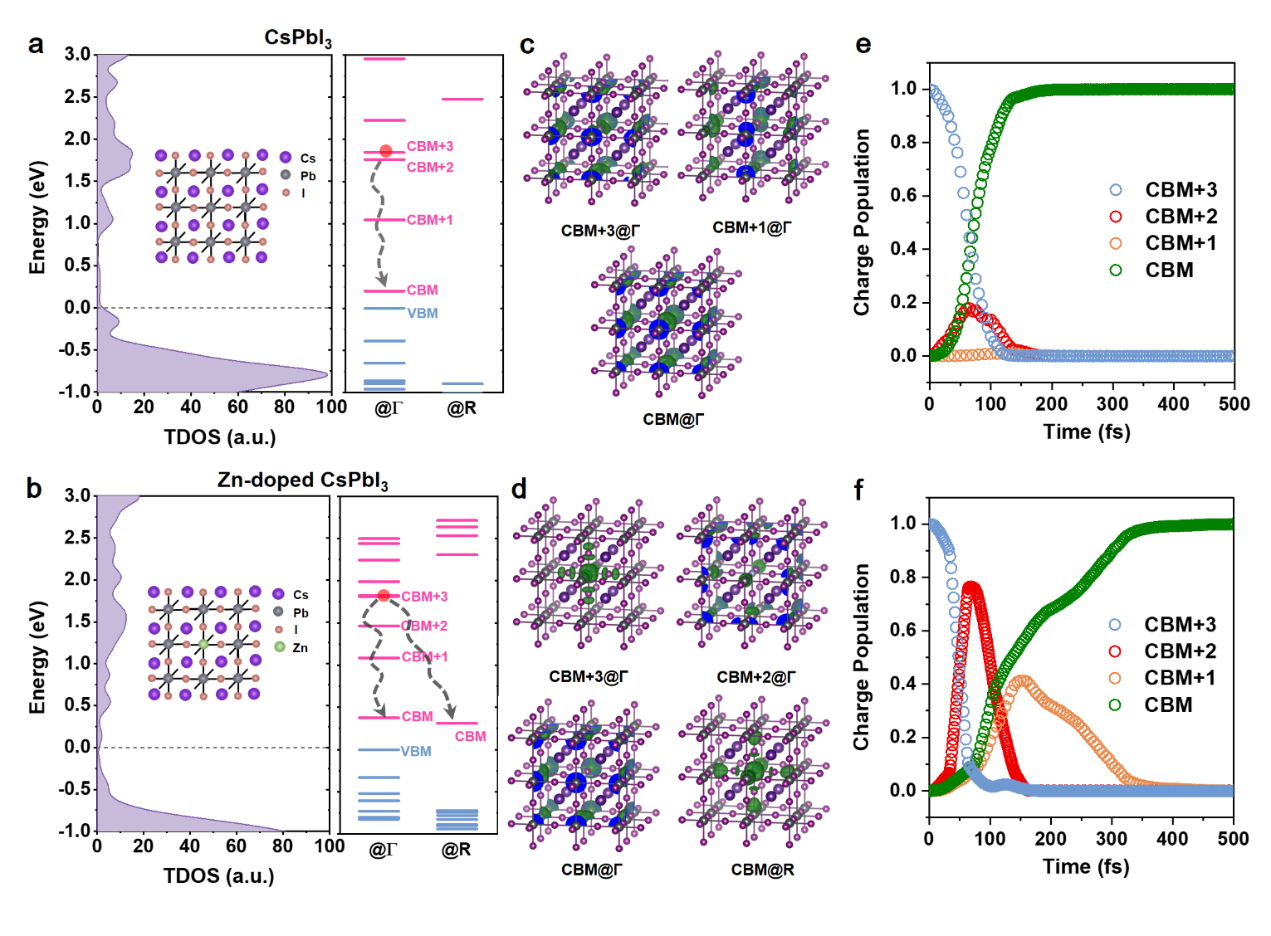 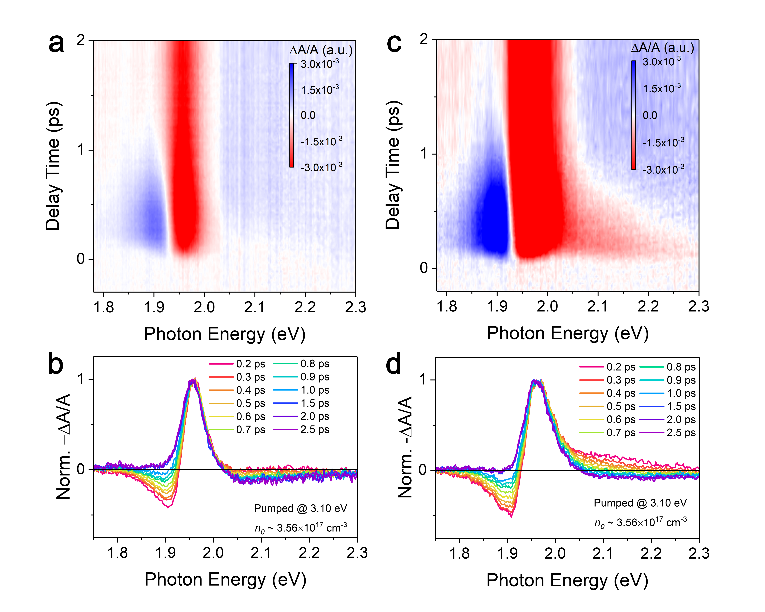