On 7 July, Prof. Biao WANG from Sun Yat-sen University was invited to give a talk entitled “Celebrating the 40th Anniversary of the University of Macau: A General Thermodynamic Theory for Predicting the Failure Property of Material Structures with Complex Loadings”. At the seminar, Prof. WANG introduced a general thermodynamic theory to predict the failure properties of material structures with complex loadings. Well-known methodologies are mainly based on empirical postulation, and deal with different failure modes separately. In the present work, material structures with some external loadings are modelled as a nonequilibrium system. By establishing the stable condition of each steady solution, a general framework was developed to determine the failure criteria for any kind of failure mode. Besides, Prof. WANG showed some examples to demonstrate the universality and applicability of the method.

Prof. Biao WANG is a joint chair professor position of Sino-French Institute of Nuclear Engineering and Technology and school of physics, Sun Yat-sen University, China. He is also a Winner of Cheung Kong Chair Professorship of the Ministry of Education of China (2000) and Winner of the Fund of National Nature Foundation for Excellent Young Investigators (1997). He has published over 400 international academic journal papers and three books, and gained more than 40 authorized patents. He joined Sun Yat-sen University in Guangzhou as the First Level Talents in 2004, and he had served as the Dean of the School of Physics and Engineering from October 2005 to January 2014. He played a leading role in the establishment of the Sino-French Institute of Nuclear Engineering and Technology in 2010, and he had worked as the Dean of the Institute till 2020. 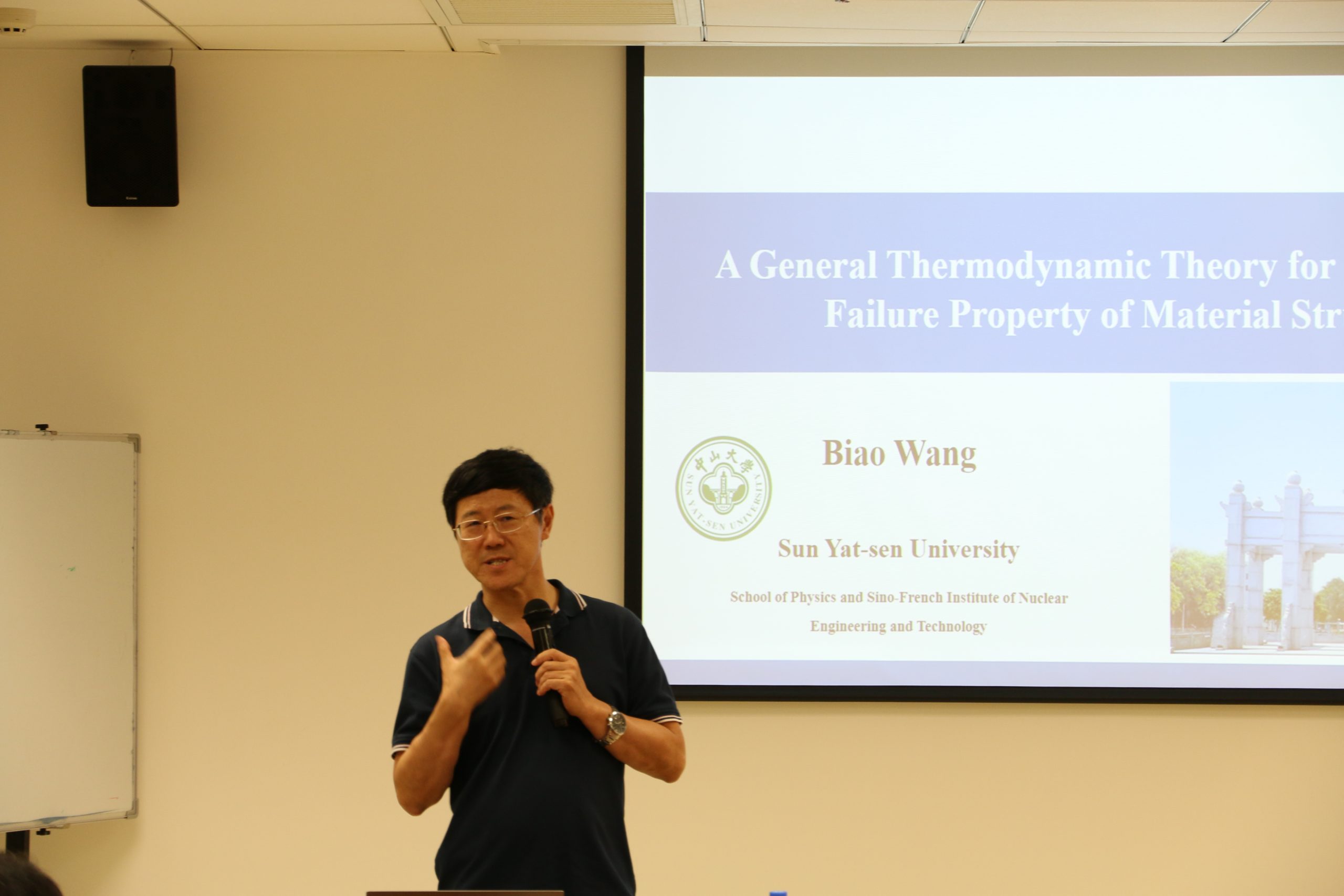 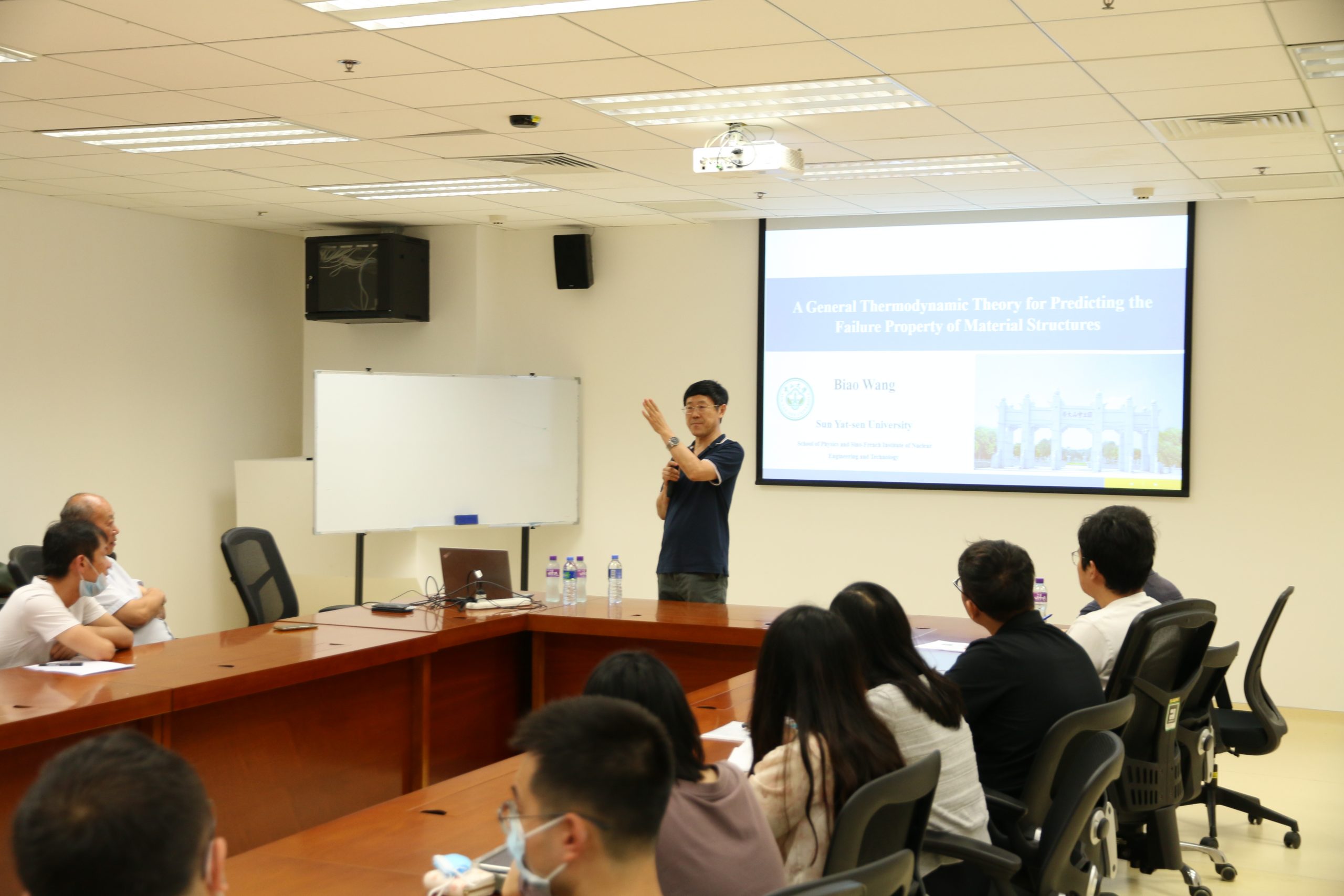