Tang Zikang, chair professor and director of the Institute of Applied Physics and Materials Engineering (IAPME) at the University of Macau (UM), has received the 13th Guanghua Engineering Science and Technology Prize from the Chinese Academy of Engineering (CAE). Prof Tang is the only scholar from Macao to receive this award.

Established by the CAE in 1996, Guanghua Engineering Science and Technology Prize is regarded as the most prestigious award in the field of engineering in China. It aims to recognise outstanding Chinese scientists who have made significant contributions to the fields of engineering technology and engineering management. This year, out of the 296 nominees, 40 individuals were selected to receive the award. The recipients include nuclear power expert Peng Shilu of the CAE, mechanical engineering expert Jiang Zhuangde, metrology expert Li Tianchu, artificial intelligence expert Wang Haifeng, and special functional metal material expert Zhou Shaoxiong. In addition, a new category, Special Contribution Award, was launched this year, to recognise all members of the CAE’s Division of Medicine and Health who have made significant contributions during the fight against the pandemic. Prof Tang was nominated by the Science and Technology Development Fund of Macao SAR, and received the award after several rounds of stringent review and evaluation by CAE members and experts in related fields. The award ceremony was held recently in Beijing at the CAE’s Academician Conference.

Prof Tang is an internationally renowned leader in the field of nano-optoelectronic materials, with significant contributions to the development of nanomaterials and optoelectronic technologies as well as their applications. He discovered room-temperature ultraviolet (UV) lasing using nano-structured zinc oxide (ZnO) thin film, which generated worldwide interest in ZnO research. In 1998, he published this study in the Applied Physics Letter, which captured the attention of scientists from around the world. In 2003, he received the National Natural Science Award for this study. In 2012, the same paper was ranked among the 50 most cited papers published in the Applied Physics Letter in 50 years in its 50th anniversary edition. It was the only paper from the Greater China region to make the list.

In 2000, Prof Tang successfully fabricated the world’s smallest single-walled carbon nanotubes (SWNT) with a diameter of 0.4 nm. The study was later published in the top international journal Nature. In 2000, it was selected as one of the top ten international scientific and technological advances by the Chinese Academy of Sciences and the Chinese Academy of Engineering. Prof Tang also observed novel one-dimensional superconductivity in these ultra-small SWNTs and published this discovery in Science, creating a great deal of excitement in the international scientific community over the discovery of an ‘epoch-making new material’. Later, this discovery was hailed as one of the 11 most important achievements in physics in 2001.

In recent years, Prof Tang’s main research interests include quantum entanglement, nanomaterials, and their applications in tumour immunotherapy. In 2019, he received a commemorative medal for the 70th anniversary of the founding of the People’s Republic of China, in recognition of his contributions to the progress of science and technology in the country. So far, he has published more than 400 papers in well-known international academic journals, including Science, Nature, and Applied Physics Letter, with citation frequency exceeding 16,500. 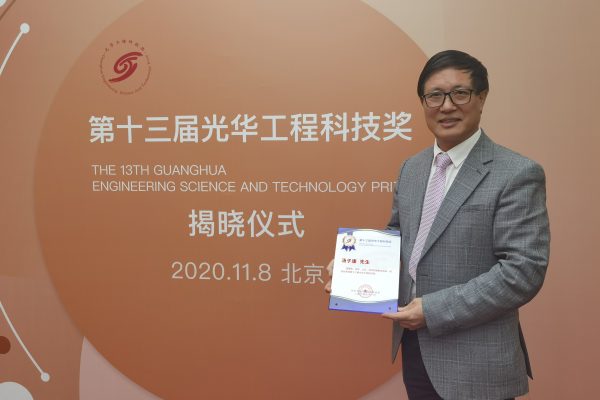